Hydrology is the science of water within its natural environment. It handles its properties and its forms; underground and on the land surface (Dyck, 1980). The appearance of water is subjected to a cycle which includes the following essential components:

The components of the natural water cycle are shown in the following figure: 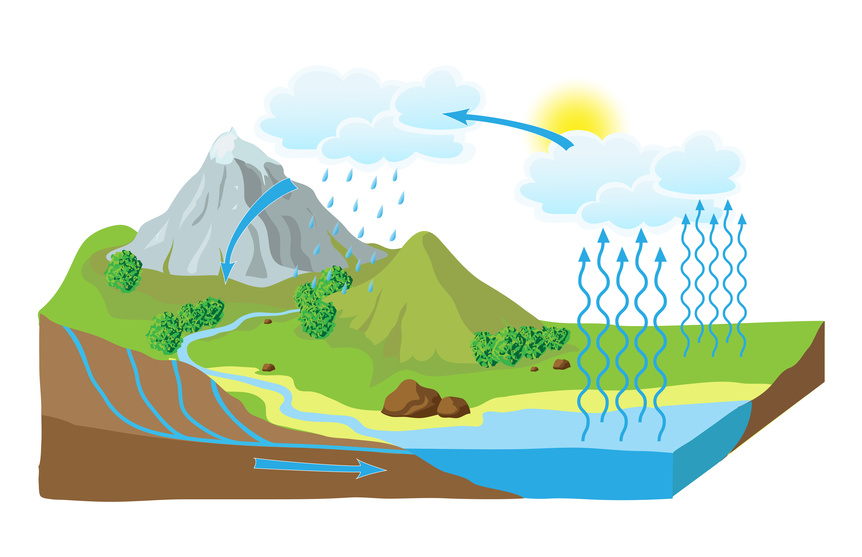 An average yearly water balance in Germany, for natural areas, is shown in the following chart. Most of the rainwater evaporates during the year, the second largest proportion is infiltrated towards groundwater. Only a small proportion flows on the surface as runoff. In mountainous regions, proportions of surface runoff is higher, however percentage of infiltrated water is lower. 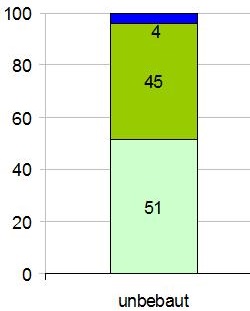 The natural water cycle in Germany and water balance, is changing regularly. According to the German Federal Statistical Office in 2005; 85% of the land in Germany are semi-urban to urban areas (see figure below). This is accompanied by surface sealing, which has a major impact on runoff behavior. 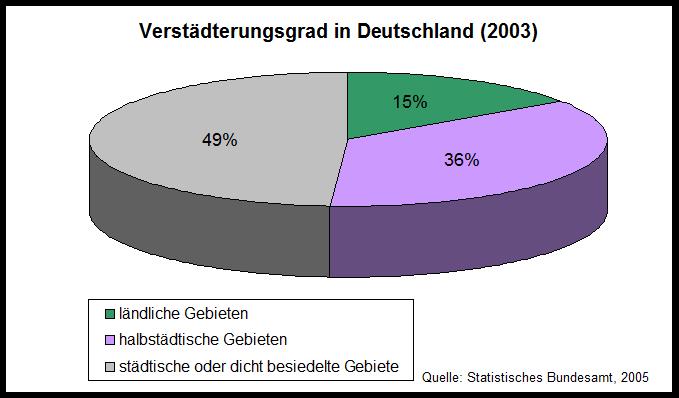 Fig. 3: Growing urbanization of the landscape in Germany

Because of sealing the water cycle changed dramatically where runoff is increasing tremendously and infiltration is regularly decreasing. The increased outflows raise the flood risk.

The figure below shows the influence of urbanization on the runoff behavior of aquatic environments with urban characterized catchments. The proportion of direct runoff (surface runoff and interflow) increases significantly. The runoff peak reached its climax faster (changing the runoff concentration) with higher peak values (changing the apex outflow). 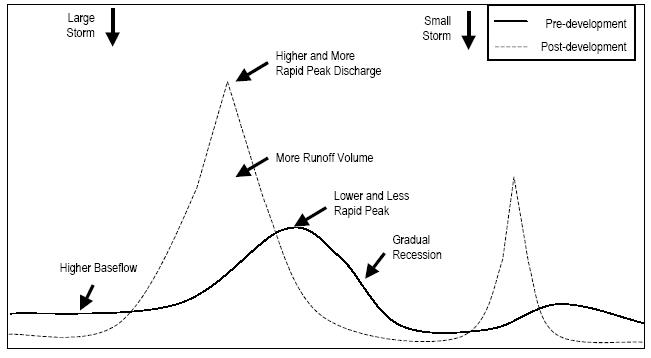 The change of runoff distribution within cities; increases the danger of floods and damage potentials. Therefore, rainfall-runoff models are needed and used for assessing hydrological reality and future scenarios.

With the software STORM from IPS; the processes of deterministic hydrology can be computed within a runoff model.

STORM is a full-fledged model for simulating precipitation-runoff and pollution load (long-term simulation with dimensioning capabilities). It is suitable to simulate large and small catchments (river catchments). Furthermore, urban drainage systems can be mapped, e.g. for questions of general drainage planning. This is accomplished by mapping all major subcomponents of the hydrological cycle. In STORM urban water management and natural runoff components are combined. Through a long-term simulation with high-resolution precipitation data (5 min values), the runoff formation, runoff concentration for different scenarios (e.g. high and low water) can be calculated. 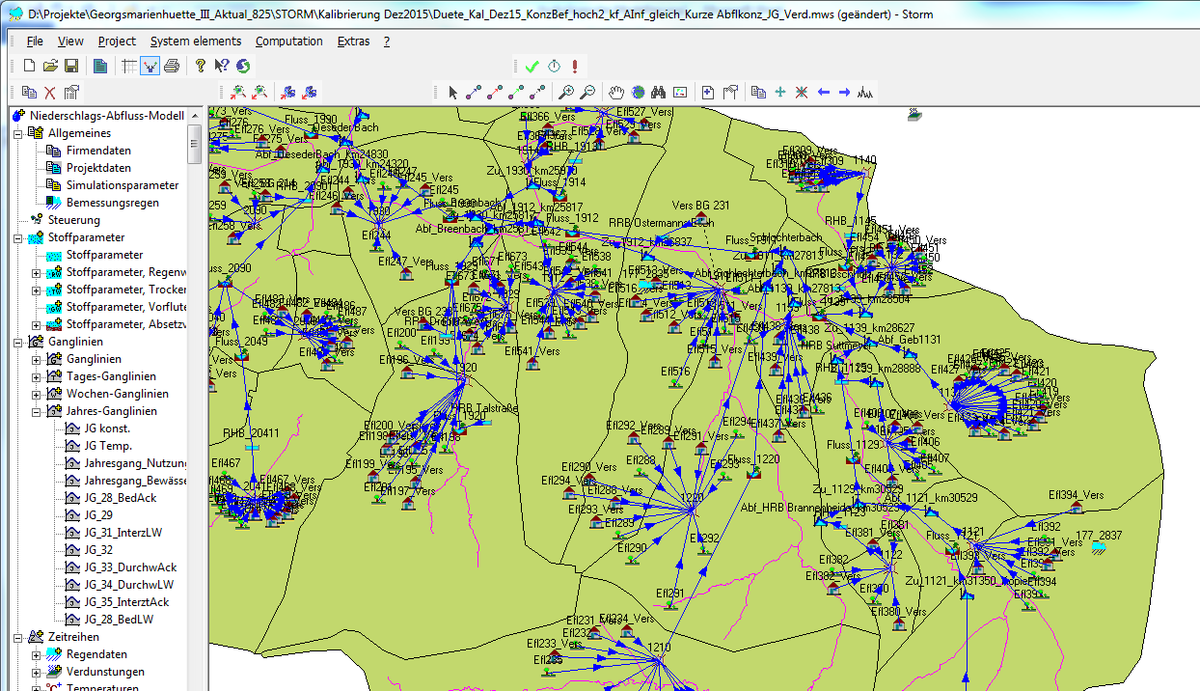 Fig. 5: example of the user interface in STORM